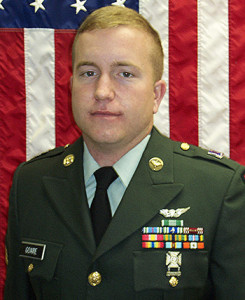 Shamus Goare was born on May 28, 1976, in Mount Vernon, Ohio. He enlisted in the U.S. Army on August 11, 1994, and completed basic training at Fort Jackson, South Carolina, in October 1994. Pvt Goare attended UH-1 Iroquois helicopter repairer training at Fort Rucker, Alabama, from October to December 1994, followed by service as a UH-1 repairer with Company I of the 158th Aviation Battalion from December 1994 to October 1996. His next assignment was as a UH-1 crew chief with the 1st U.S. Army Support Battalion, Multinational Force and Observers, on the Sinai Peninsula of Egypt from October 1996 to October 1997, and then as a UH-1 crew chief with Company B of the 12th Aviation Battalion at Fort Belvoir, Virginia, from November 1997 to January 1999. After completing the CH-47 Chinook Heavy Helicopter Repairer Course at Fort Eustis, Virginia, Sgt Goare served as a CH-47 crew chief with Company C of the 52nd Aviation Regiment at Camp Humphreys, South Korea, from June 1999 to June 2000, followed by service as an MH-47 crew chief with Company C and then Company B, 3rd Battalion of the 160th Special Operations Aviation Regiment (Airborne) at Hunter Army Airfield, Georgia, from June 2000 until he was killed in action during Operation Red Wings in Afghanistan on June 28, 2005. Shamus Goare was buried at the Saint Luke’s Cemetery in Danville, Ohio.

For exceptional aviation knowledge and skill in a combat environment while executing an emergency humanitarian relief mission for CJSOTF in Northern Afghanistan while serving as flight engineer of a multi-aircraft flight. His superior aviation maintenance and load planning, aircraft mission preparation, and skills in flight resulted in the successful insertion of doctors and emergency vaccine to save hundreds of children’s lives in the most restrictive terrain of Northern Afghanistan. Sergeant Goare’s professionalism and airmanship are in keeping with the motto “NIGHT STALKERS DON’T QUIT” and reflect distinct credit upon himself, the United States Army Special Operations Command, and the United States Army. 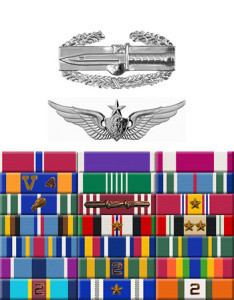