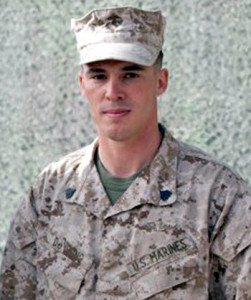 Matthew DeYoung was born on May 20, 1984, in Toms River, New Jersey. He enlisted in the U.S. Marine Corps on November 29, 2004, and completed basic training at MCRD San Diego, California, in February 2005. Pvt DeYoung next attended the School of Infantry at Camp Pendleton, California, in March 2005, followed by Helicopter/Tilt-Rotor Mechanic training at CNATT Jacksonville, Florida, from March to July 2005. His first assignment was as a helicopter/tilt-rotor mechanic with Marine Aviation Logistics Squadron 39 (MALS-39) of Marine Aircraft Group 39 (MAG-39) at Camp Pendleton from July 2005 to April 2009, and during this time he deployed to Kuwait and Iraq in support of Operation Iraqi Freedom from January to August 2006, and from October 2007 to May 2008. After additional training from May to November 2009, Sgt DeYoung served as a Reconnaissance Man and Assistant Team Leader with 3d Platoon, Company A, 2d Reconnaissance Battalion of the 2d Marine Division at Camp Lejeune, North Carolina, from November 2009 to November 2010, and then deployed to Afghanistan in support of Operation Enduring Freedom from November 2010 until he was killed in action in Helmand Province, Afghanistan, on February 18, 2011. He was buried at Eagle Point National Cemetery in Eagle Point, Oregon.

For heroic achievement in the superior performance of his duties while serving as Assistant Team Leader, 3d Platoon, Company A, 2d Reconnaissance Battalion, 2d Marine Division (Forward) from November 2010 to February 2011 in support of Operation Enduring Freedom. Sergeant DeYoung displayed exceptional leadership during combat operations against the enemy in the Sangin District of Helmand Province. On 14 December, as the enemy prepared to attack his patrol base, Sergeant DeYoung placed his Marines into position to repel the action. The combination of his tactical foresight and personal actions repelled the attack and ensured the security of his platoon. The next day, one of his Marines was struck by an improvised explosive device. Sprinting through uncleared terrain, Sergeant DeYoung provided life saving first aid to the Marine until he could be evacuated. On 17 February, while moving to occupy an overwatch position, he was mortally wounded by an improvised explosive device. Sergeant DeYoung’s initiative, perseverance, and total dedication to duty reflected credit upon him and were in keeping with the highest traditions of the Marine Corps and the United States Naval Service. He gallantly gave his life for his country. 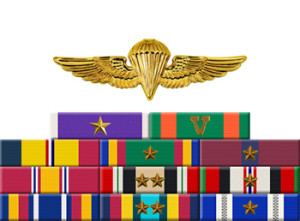