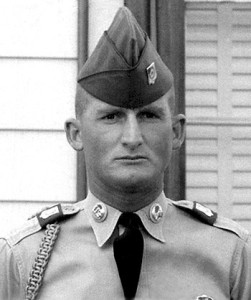 Harold Bennett was born on October 16, 1940, in Thornburg, Arkansas. He enlisted in the U.S. Army in 1957, and served in the Armor Branch before going through Special Forces and Ranger training in 1963. He served as a Special Forces Advisor with the Military Assistance Command in South Vietnam from mid-1964 until he was captured and taken as a Prisoner of War on December 29, 1964. After three escape attempts and being held in captivity for 179 days, his Viet Cong captors executed him on June 25, 1965. His remains have never been returned to the United States.

For gallantry in action from 29 December 1964 to 25 June 1965, while serving as a Ranger Advisor to the Vietnamese during the Vietnam War. On 29 December 1964, Staff Sergeant Bennett assisted two companies of the 33d Vietnamese Ranger Battalion in assaulting a powerful Viet Cong Force occupying the village of Binh Gia in Phuoc Tuy Province. En route, the Rangers were ambushed and overwhelmed by enemy forces employing mortars, recoilless rifles, and small arms fire. Staff Sergeant Bennett fearlessly traversed the battlefield, rallying survivors and calling in supporting fire from American gunships in the area. On two separate occasions, Staff Sergeant Bennett refused extraction, electing instead to stay behind and fight. He was eventually captured by the enemy. During his time in captivity, Staff Sergeant Bennett planned three separate escape attempts, the third of which resulted in his finger being bitten to the bone by the Viet Cong guard he was attempting to overcome. As a result of his tenacity and insubordination, Staff Sergeant Bennett was frequently blindfolded and beaten, given reduced rations and shackled in solitary confinement for prolonged periods. On 25 June 1965, the Viet Cong announced that they had executed Staff Sergeant Bennett in reprisal for the Saigon Government’s execution of a communist terrorist. Staff Sergeant Bennett’s valor and intrepidity during combat and his conspicuous courage and bravery while in captivity are in keeping with the finest traditions of military service and reflect great credit upon himself and the United States Army. 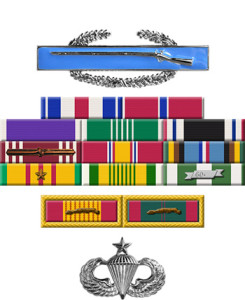