You are here: Home › Tributes › #imnohero: William Donovan, US Army, Medal of Honor 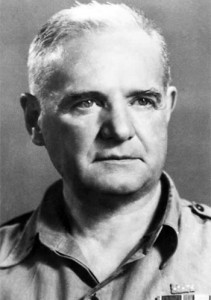 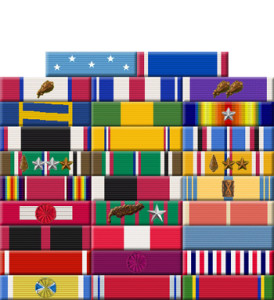 William Donovan was born on January 1, 1883, in Buffalo, New York. He graduated from Columbia College in 1905 and from Columbia Law School in 1907. Donovan joined the New York National Guard in 1912, and served on the Mexican Border in 1916. During World War I, Col Donovan commanded the 165th Infantry Regiment of the 42nd Infantry Division in the campaigns at Champagne-Marne, St. Mihiel, and Argonne. He left active duty in 1919, and served with the Office of Naval Intelligence between the world wars. Donovan was secretly sent to Siberia in 1920, Ethiopia in 1935 and 1936, Spain during the Spanish Civil War in 1936 and 1937, to England in 1940, and to Europe and the Middle East in 1941 before America’s entry into World War II. During this time, Donovan ran for Lieutenant Governor of New York in 1922 and Governor of New York in 1932, and also worked as an attorney. He was made head of the Office of the Coordinator of Information (COI) on July 11, 1941, and he remained in command when the organization became the Office of Strategic Services (OSS) on June 13, 1942. Gen Donovan commanded the OSS throughout World War II, and then retired from the Army when the OSS was dissolved on September 20, 1945. Donovan served as a prosecution lawyer during the Nuremberg War Crimes Tribunal and later worked as a Wall Street Lawyer. President Eisenhower appointed him Ambassador to Thailand 1953, and he served for one year, resigning in 1954. William Donovan died on February 8, 1959, and was buried at Arlington National Cemetery.

Lt. Col. Donovan personally led the assaulting wave in an attack upon a very strongly organized position, and when our troops were suffering heavy casualties he encouraged all near him by his example, moving among his men in exposed positions, reorganizing decimated platoons, and accompanying them forward in attacks. When he was wounded in the leg by machine-gun bullets, he refused to be evacuated and continued with his unit until it withdrew to a less exposed position.