You are here: Home › Tributes › #imnohero: William A. Baird, Staff Sargeant, US Army 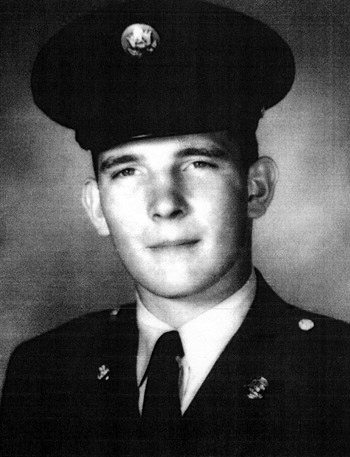 Bill Baird was born on June 7, 1949, in Wooster, Ohio. He enlisted in the U.S. Army on August 16, 1967, and was trained as an infantryman at Fort Knox, Kentucky, and Fort Polk, Louisiana, before deploying to Southeast Asia in January 1968. Baird was assigned to Company A, 3rd Battalion, 21st Infantry Regiment of the 23rd Infantry Division in the Republic of Vietnam from February 1968 until he was captured and taken as a Prisoner of War by the Viet Cong on May 6, 1968. After spending 1,764 days in captivity, SSG Baird was released during Operation Homecoming on March 5, 1973. He was briefly hospitalized to recover from his injuries at the Army hospital in Phoenixville, Pennsylvania, and was medically retired from the Army on September 7, 1973. Bill Baird died on July 30, 2002.
His Silver Star Citation reads:Staff Sergeant Bill A. Baird distinguished himself by gallantry and intrepidity in action in connection with military operations against an opposing armed force while a Prisoner of War in North Vietnam during the period November 1970 through March 1973. Ignoring international agreements on treatment of prisoners of war, the enemy resorted to mental and physical cruelties to obtain information, confessions and propaganda materials. Staff Sergeant Baird resisted their demands by calling upon his deepest inner strengths in a manner which reflected his devotion to duty and great credit upon himself and the United States Army.