You are here: Home › Tributes › #imnohero: Thomas Eadie, US Navy, MEdal of Honor 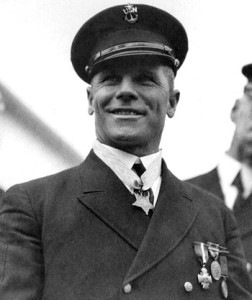 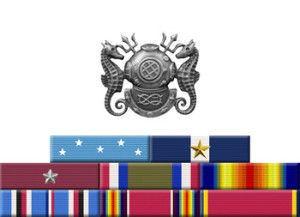 Thomas Eadie was born on April 3, 1887, in Partick, Scotland. He enlisted in the U.S. Navy on July 6, 1905, and was trained as a gunner’s mate and diver, serving until August 29, 1913, when he went into the Naval Reserve. He returned to active duty for World War I from June 11, 1918, to December 15, 1920, and again from December 15, 1926, to November 30, 1932. During this time he was instrumental in salvage operations of several sunken Navy submarines while serving with the U.S. Naval Torpedo Station in Newport, Rhode Island. He retired from the Naval Reserve in the rank of Chief Gunner’s Mate on February 1, 1939, but returned to active duty for service in World War II on April 24, 1942. During his time on active duty during WWII, Eadie was commissioned and served at the U.S. Naval Torpedo Station, Newport, Rhode Island, from April 1942 until he went back into retirement on September 1, 1946. Thomas Eadie died on November 14, 1974, and was buried at the Island Cemetery in Newport, Rhode Island.

For display of extraordinary heroism in the line of his profession above and beyond the call of duty on 18 December 1927, during the diving operations in connection with the sinking of the U.S.S. S-4 with all on board, as a result of a collision off Prividencetown, Mass. On this occasion when Michels, Chief Torpedoman, U.S. Navy, while attempting to connect an airline to the submarine at a depth of 102 feet became seriously fouled, Eadie, under the most adverse diving conditions, deliberately, knowingly, and willingly took his own life in his hands by promptly descending to the rescue in response to the desperate need of his companion diver. After 2 hours of extremely dangerous and heartbreaking work, by his cool, calculating, and skillful labors, he succeeded in his mission and brought Michels safely to the surface.