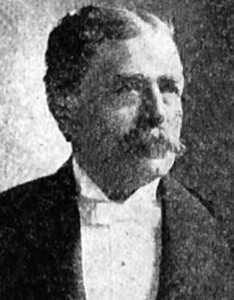 Richard Binder was born Richard Bigle on July 26, 1839, in Germany, and later immigrated to the United States, where he adopted the last name Binder. He enlisted in the U.S. Marine Corps on July 11, 1861, in Philadelphia, Pennsylvania, and joined the crew of the sloop-of-war USS Ticonderoga after her commissioning in May 1863. While aboard the Ticonderoga, Sgt Binder participated in the First Battle of Fort Fisher on December 24th and 25th, 1864, and he was part of the landing party that took the Fort during the Second Battle of Fort Fisher from January 13th to 15th, 1865. Sgt Binder was honorably discharged from the U.S. Marine Corps on July 19, 1865, and was later awarded the Medal of Honor for his actions during the First and Second Battle of Fort Fisher. Richard Binder died on February 26, 1912, and was buried at the West Laurel Hill Cemetery in Bala Cynwyd, Pennsylvania, with his wife, Fredericka Binder (1843-1919).

On board the U.S.S. TICONDEROGA during the attacks on Fort Fisher, 24 and 25 December 1864, and 13 to 15 January 1865. Despite heavy return fire by the enemy and the explosion of the 100-pounder Parrott rifle which killed 8 men and wounded 12 more, Sergeant Binder, as captain of a gun, performed his duties with skill and courage during the first 2 days of battle. As his ship again took position on the 13th, he remained steadfast as the TICONDEROGA maintained a well-placed fire upon the batteries on shore, and thereafter, as she materially lessened the power of guns on the mound which had been turned upon our assaulting columns. During this action the flag was planted on one of the strongest fortifications possessed by the rebels.