You are here: Home › Tributes › #imnohero: Lewis Albanese, US Army, Medal of Honor 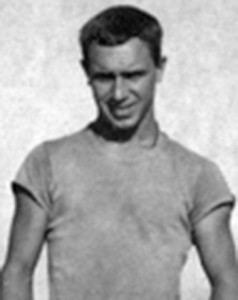 Lewis Albanese was born on April 27, 1946, in Cornedo Vicentino, Italy, and later immigrated with his family to the United States. He graduated from Franklin High School in Seattle, Washington, with the Class of 1964, and briefly worked for Boeing in Seattle before enlisting in the U.S. Army on October 26, 1965. Private Albanese completed basic training at Fort Carson, Colorado, in December 1965, and advanced individual training as an infantryman in February 1966. PFC Albanese deployed to South Vietnam in August 1966, and served with Company B, 5th Battalion, 7th Cavalry Regiment of the 1st Cavalry Division from August 1966 until he was killed in action in South Vietnam on December 1, 1966. Lewis Albanese was buried at Evergreen Washelli Memorial Park in Seattle, Washington. He was posthumously awarded the Medal of Honor on February 16, 1968, for his actions the day he was killed.

For conspicuous gallantry and intrepidity in action at the risk of his life and beyond the call of duty. Pfc. Albanese’s platoon, while advancing through densely covered terrain to establish a blocking position, received intense automatic weapons fire from close range. As other members maneuvered to assault the enemy position, Pfc. Albanese was ordered to provide security for the left flank of the platoon. Suddenly, the left flank received fire from enemy located in a well-concealed ditch. Realizing the imminent danger to his comrades from this fire, Pfc. Albanese fixed his bayonet and moved aggressively into the ditch. His action silenced the sniper fire, enabling the platoon to resume movement toward the main enemy position. As the platoon continued to advance, the sound of heavy firing emanated from the left flank from a pitched battle that ensued in the ditch which Pfc. Albanese had entered. The ditch was actually a well-organized complex of enemy defenses designed to bring devastating flanking fire on the forces attacking the main position. Pfc. Albanese, disregarding the danger to himself, advanced 100 meters along the trench and killed 6 of the snipers, who were armed with automatic weapons. Having exhausted his ammunition, Pfc. Albanese was mortally wounded when he engaged and killed 2 more enemy soldiers in fierce hand-to-hand combat. His unparalleled actions saved the lives of many members of his platoon who otherwise would have fallen to the sniper fire from the ditch, and enabled his platoon to successfully advance against an enemy force of overwhelming numerical superiority. Pfc. Albanese’s extraordinary heroism and supreme dedication to his comrades were commensurate with the finest traditions of the military service and remain a tribute to himself, his unit, and the U.S. Army.