You are here: Home › Tributes › #imnohero: Larry A. Bradley, Corporal, US Army 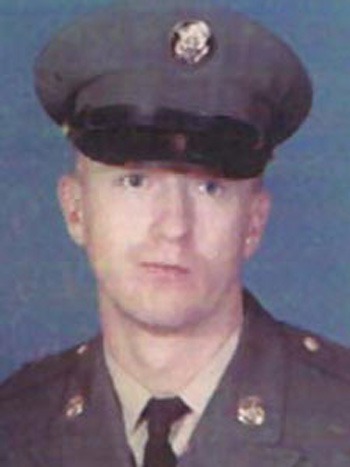 Larry Bradley was born on August 30, 1947, in El Paso, Texas. He enlisted in the U.S. Army on April 2, 1969, and was trained as an Infantryman. Bradley was sent to Southeast Asia in August 1969, and was assigned to Company D, 3rd Battalion, 21st Infantry Regiment, 196th Infantry Brigade. He was killed in action on January 7, 1970, and is buried at the Evergreen Cemetery in Pecos, Texas. Bradley was posthumously promoted to Corporal and awarded the Silver Star.

The Army General Orders for his Silver Star read:

For gallantry in action against an armed hostile force in the Republic of Vietnam. Private First Class Bradley distinguished himself by exceptionally valorous actions on 7 January 1970 while serving with Company D, 3d Battalion, 21st Infantry Regiment, 196th Infantry Brigade, Americal Division. On that date, elements of the company were conducting search and clear operations near Vinh Huy when they came under intense hostile fire from a well concealed North Vietnamese Army force. During the initial contact, Private Bradley observed two companions suffer serious wounds and immediately rushed forward to assist these men. Moving under a hail of enemy small arms and grenade fire, he quickly succeeded in reaching the casualties and skillfully began administering first aid. Realizing that additional medical treatment was necessary, Private Bradley again braved the heavy volumes of fire being directed against him and maneuvered to a nearby Armored Personnel Carrier. Upon securing the necessary supplies, he started to return to the site of the casualties, but came under additional fire and was mortally wounded. His courageous actions were instrumental in saving the lives of his fellow soldiers and served as an inspiration to the remainder of the unit. Private First Class Bradley’s personal heroism, professional competence, and devotion to duty were in keeping with the highest traditions of the military service, and reflected great credit upon himself, the Americal Division, and the United States Army.