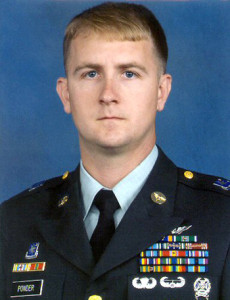 Tre Ponder was born on June 24, 1969, in Birmingham, Alabama. He enlisted in the U.S. Army on January 16, 1990, and went on active duty to attend basic training on March 28, 1990. SPC Ponder completed basic training in May 1990, and then CH-47 Chinook helicopter repairer training at Fort Eustis, Virginia, in September 1990. His first assignment was as a CH-47 crew chief at Camp Humphries, South Korea, from September 1990 to December 1992, followed by service with 2nd Battalion of the 160th Special Operations Aviation Regiment at Fort Campbell, Kentucky, from December 1992 until his death. MSG Ponder served as an MH-47 flight engineer and crew chief with the 160th for 13 years, and was killed in action on June 28, 2005, when the helicopter he was aboard was shot down by an enemy rocket-propelled grenade during Operation Red Wings in Afghanistan. MSG Ponder completed Air Assault School at Fort Campbell, Kentucky, in February 1998, and Basic Airborne School at Fort Benning, Georgia, in April 1999. He was buried at the Greenwood Cemetery in Clarksville, Tennessee.

For exceptionally meritorious and valorous achievement during aerial flight as a senior flight engineer assigned to a joint task force in the Central Command area of responsibility during Operation Enduring Freedom. On this date, Master Sergeant Ponder responded without hesitation to provide immediate assistance to American forces in extreme danger. His valorous actions and sacrifice under the most extreme conditions have directly impacted American strategic objectives. Through his distinctive accomplishments, Master Sergeant Ponder reflected great credit upon himself, this command, and the United States Army. 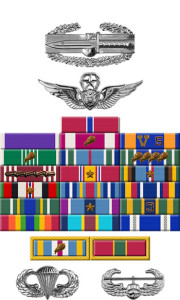