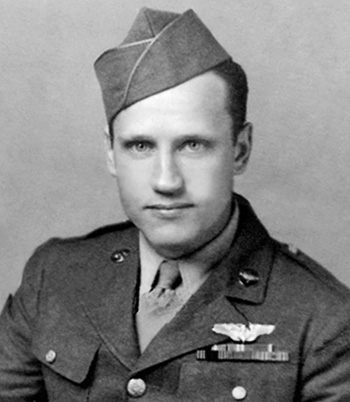 Jacob DeShazer was born on November 15, 1912, in West Stayton, Oregon. He enlisted in the U.S. Army Air Corps on February 26, 1940, and after completing basic training, bombardier, and aircraft mechanic schools, he was assigned to the 34th Bomb Squadron of the 17th Bomb Group at Pendleton Field, Oregon. Cpl DeShazer was accepted for the Doolittle Mission in February 1942. He was the bombardier on the 16th B-25 to take off from the aircraft carrier USS Hornet (CV-8) on April 18, 1942, and after bombing its assigned targets in Japan, the crew bailed out over China when their aircraft ran low on fuel. He and the other members of the crew were all captured by the Japanese in Occupied China the same day they bailed out, and he was held as a Prisoner of War in China until repatriated on August 20, 1945. After recovering from his injuries, Sgt DeShazer received an honorable discharge from the Army Air Forces on October 15, 1945. After completing missionary training, Jacob went to Japan and spent 30 years there as a Methodist missionary. Jacob DeShazer died on March 15, 2008, and was buried at Restlawn Memory Gardens in West Salem, Oregon.His Distinguished Flying Cross Citation reads:For extraordinary achievement while participating in a highly destructive raid on the Japanese mainland on April 18, 1942. Corporal DeShazer volunteered for this mission knowing full well that the chances of survival were extremely remote, and executed his part in it with great skill and daring. This achievement reflects high credit on Corporal DeShazer and the military service. 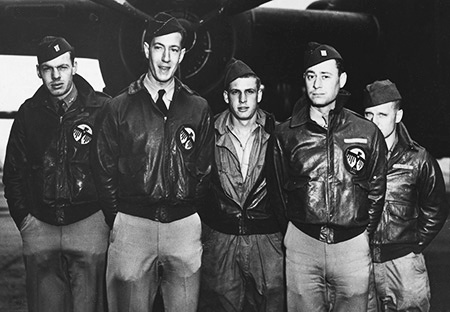