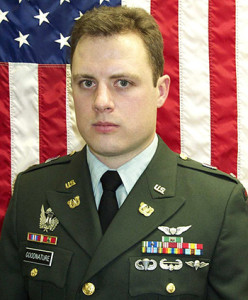 Corey Goodnature was born on February 13, 1970, in Albert Lea, Minnesota. He enlisted in the U.S. Army Reserve on January 25, 1991, and went on active duty beginning on February 6, 1992. SPC Goodnature completed Airborne training at Fort Benning, Georgia, in March 1992, and then attended Parachute Rigger school from March to June 1992. His first assignment was as a parachute rigger with Company C, Support Battalion, 1st Special Warfare Training Group (Airborne) at the U.S. Army John F. Kennedy Special Warfare Center and School at Fort Bragg, North Carolina, from June 1992 until he was selected for the Army Warrant Officer program on May 1, 1994. After completing Warrant Officer Candidate School at Fort Rucker, Alabama, Sgt Goodnature was appointed a Warrant Officer in the U.S. Army on June 22, 1994, and then completed Rotary Wing Aviator training and was designated an Army Aviator at Fort Rucker on May 3, 1995. His first assignment was as a UH-1 Iroquois pilot with Company C, 2d Battalion of the 2d Aviation Regiment in South Korea from May 1995 to May 1996, followed by CH-47 Chinook transition training from May to September 1996. CW2 Goodnature served as a CH-47 pilot with Company B, 214th Aviation Regiment of the 524th Corps Support Battalion at Schofield Barracks, Hawaii, from May 1996 to October 1998, and then as an MH-47 pilot with Company B, 3d Battalion of the 160th Special Operations Aviation Regiment (Airborne) at Hunter Army Airfield, Georgia, from October 1998 until he was killed in action during Operation Red Wings in Afghanistan when the MH-47 helicopter he was piloting was shot down by an enemy rocket-propelled grenade on June 28, 2005. Corey Goodnature was buried at the Graceland Cemetery in Albert Lea, Minnesota.

For exceptionally meritorious service as a pilot in support of Operation Enduring Freedom. Chief Warrant Officer Three Goodnature served in a critical position within the battalion and provided the best aviation service to the world’s Special Operations Community. He was instrumental in supporting the United States and Coalition Special Forces in the most demanding modes of flight in the harshest terrain and environmental conditions in the world. Chief Warrant Officer Three Goodnature’s actions reflect great credit upon himself, this command and the United States Army. 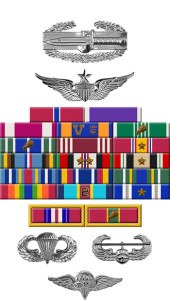