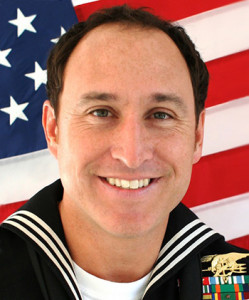 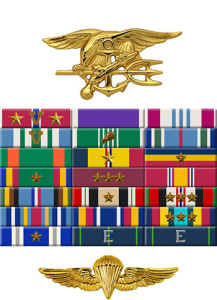 Front Toward Enemy Brand was contacted by Chris Campbell’s sister after she saw our tribute post. Check out the email she sent and her brother’s wishes:

“Hi Chris,
Thank you for your email and taking the time to explain. Were you aware of my brother’s last request? To me, that goes far beyond his role as a SEAL and his medals and truly leaves a lasting legacy.
In his will, Chris left behind a final mission for us to fulfill. If he was killed in combat, he hoped our family would not focus on our loss and instead raise awareness for an organization that provides life saving programs/services for men and women who do come home to their families. He hoped 100,000 people would donate to Wounded Warrior Project/WWP. As you can imagine, this is a massive request; however, it’s typical of Chris and came as no surprise.
Losing not only my brother but my friend, confidant, and “cheerleader” has been debilitating. As I shared with our mom, it is as though Chris is serving as our grief counselor by leaving us with this monumental task to guide us through our grief journey. From beyond the grave, he is doing his best to continue to help his brothers and sisters in arms.
Having the opportunity to meet many who have benefited from the programs and services offered by WWP and hearing time and again that they are alive because of that outreach makes my heart full. For me, Chris lives on through each man and woman helped by the organization Chris chose in his will. Thus far almost 2,000 people have donated to WWP in his memory (the only way we are able to track progress) to help Chris achieve his goal. Although we have a long way to go, I truly believe he elected to focus on a large number of people (rather than money) because it would require some time to accomplish. As we both know, long after the war is “over”, personal battles at home will continue.
If you would be willing to include Chris’ last request in his tribute, I do believe that is the best way to honor and remember his service and sacrifice.
Kind Regards,
Cindy Campbell
Proud Sister of Christopher George Campbell, US Navy SEAL
September 16, 1974 – 8/6/11
“The greatest casualty is being forgotten” -WWP”
INITIAL TRIBUTE POST:

Chris Campbell was born on September 16, 1974, at Tripler Army Medical Center on Oahu, Hawaii. He enlisted in the U.S. Navy on October 11, 1996, and reported for active duty to attend basic training on November 25, 1996. Campbell attended basic training at NTC Great Lakes, Illinois, from November 1996 to February 1997, followed by training at the Fleet Combat Training Center, Atlantic, at Dam Neck, Virginia, from February to April 1997. Petty Officer Campbell next attended Basic Underwater Demolition/SEAL training at NAB Coronado, California, from May 1997 to February 1998, and then Jump School at Fort Benning, Georgia, during March of 1998. His first assignment was with SEAL Team FIVE at NAB Coronado from May 1998 to March 2004, followed by additional training with SEAL Team SEVEN and at Training Support Center San Diego, California, from April to May 2004. He served with Navy Special Warfare Center Training Detachment Key West, Florida, from June 2004 to February 2006, and then with Naval Special Warfare Development Group at Dam Neck from February 2006 until he was killed in action when the CH-47 Chinook helicopter he was aboard was shot down in Afghanistan on August 6, 2011. While serving with SEAL Team FIVE, Petty Officer Campbell deployed in support of Operation Iraqi Freedom and Operation Enduring Freedom in Afghanistan multiple times. He was buried at Arlington National Cemetery.

For heroic achievement in connection with combat operations against the enemy as an Assault Team Member for a Joint Task Force in support of Operation ENDURING FREEDOM from 1 March 2010 to 1 July 2010. During this period, Petty Officer First Class Campbell consistently and deliberately exposed himself to enemy fire during several direct action missions targeting high-level enemies that resulted in the elimination of multiple enemies and the detention of many others. On 17 March 2010, Petty Officer First Class Campbell led a team of Afghan soldiers during a daring nighttime raid targeting a senior level enemy commander. When the assault force came under heavy fire, he maneuvered his team to suppress the enemy fire while taking control of a separate squad that had sustained a wounded soldier. While helping bandage the wounded Soldier, Petty Officer First Class Campbell maneuvered both elements that resulted in the elimination of the targeted individual and numerous enemy fighters. He then maneuvered his elements through incoming fire to secure a helicopter-landing zone, enabling helicopters to extract the assault force. By his extraordinary guidance, zealous initiative, and total dedication to duty, Petty Officer First Class Campbell reflected great credit upon himself and upheld the highest traditions of the United States Naval Service.