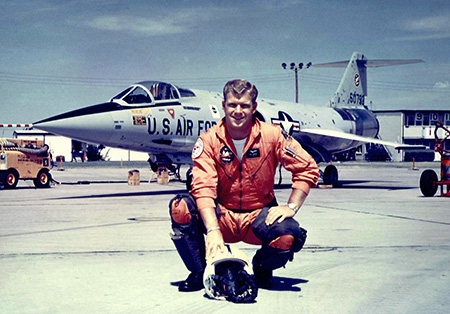 Tony Andrews was born in 1940 in Chico, California. After graduating from the University of California at Berkeley with a bachelor’s degree in Electrical Engineering, he entered Officer Training School at Lackland AFB, Texas, on September 20, 1963, and was commissioned a 2d Lt in the U.S. Air Force on December 20, 1963. Lt Andrews next completed Undergraduate Pilot Training and was awarded his pilot wings at Moody AFB, Georgia, in February 1965, followed by F-104 Starfighter Combat Crew Training from March to August 1965. His first assignment was as an F-104 pilot with the 331st Fighter Interceptor Squadron at Webb AFB, Texas, from August 1965 to February 1967. Capt Andrews then completed F-105 Thunderchief Combat Crew Training in July 1967, followed by service as an F-105 pilot with the 44th and then the 34th Tactical Fighter Squadrons at Korat Royal Thai AFB, Thailand, from August 1967 until he was forced to eject over North Vietnam and was taken as a Prisoner of War on October 17, 1967. After spending 1,976 days in captivity, he was released during Operation Homecoming on March 14, 1973. Capt Andrews was briefly hospitalized to recover from his injuries at Travis AFB, California, and then left active duty on August 24, 1973. After leaving the Air Force, Tony worked as an airline pilot with Pacific Southwest Airlines from 1973 to 1988, and then with U.S. Air from 1988 until his retirement in 2000.

Captain Anthony C. Andrews distinguished himself by heroism while participating in aerial flight as an F-105 pilot over North Vietnam on 7 October 1967. On that date, Captain Andrews was a member of a twenty aircraft strike force, ordered to strike a high priority military target in North Vietnam. Despite intense anti-aircraft fire and numerous surface to air missiles, Captain Andrews dropped his ordnance with unerring accuracy which resulted in numerous rail cuts. The outstanding heroism and selfless devotion to duty displayed by Captain Andrews reflect great credit upon himself and the United States Air Force. 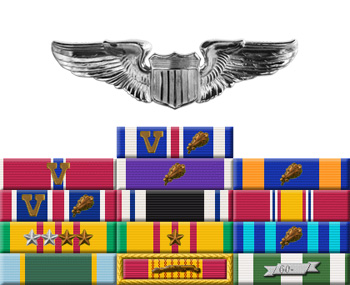