You are here: Home › Team FTE

We wanted to post some pictures from last month’s Wodapalooza Fitness Festival in Miami, FL. Front Toward Enemy Brand was well represented this year. We had a three man team competing the in the Elite Division made up of Paul Villarreal of CrossFit Sovereignty in Jacksonville Beach, FL. The three man team also included Marquan Jones of Tiger Town CrossFit in Clemson, SC; however, due to a late injury, Hudson Fricke of Southern Moon CrossFit in Greenville, SC was unable to compete.

FTE Brand is most proud of our newest members. Nathan and Dana Edwards, a husband and wife duo from Jacksonville Beach, FL,  each competed in the individual events as well. Thank you #TeamFTE. 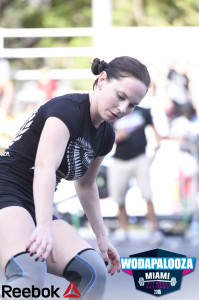 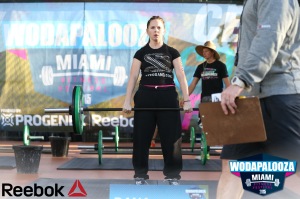 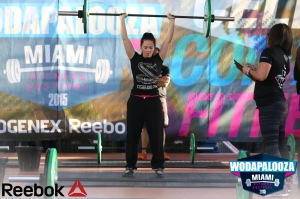 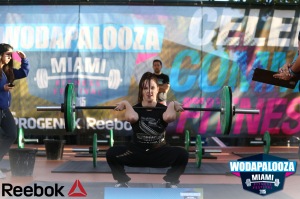 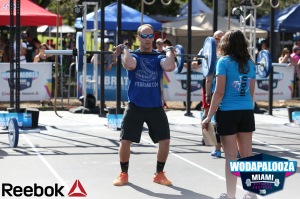 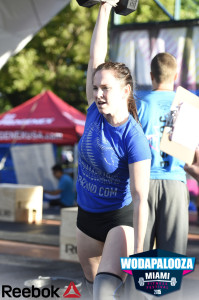 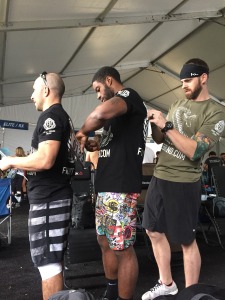 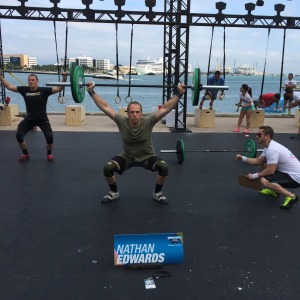 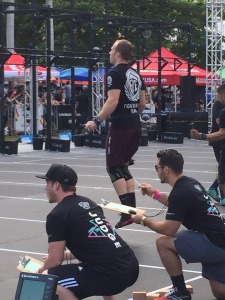 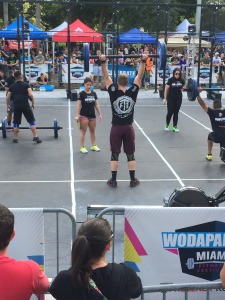 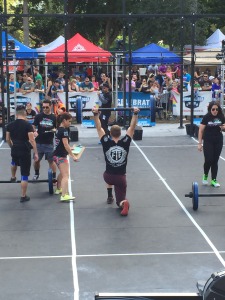 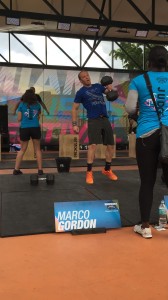 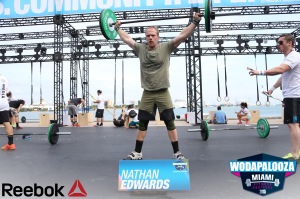 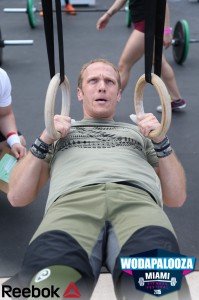 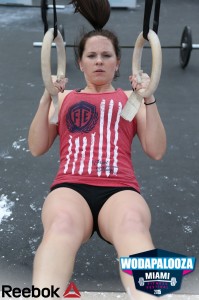 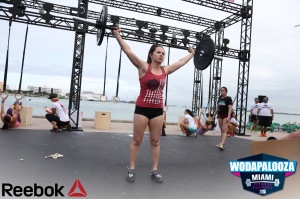 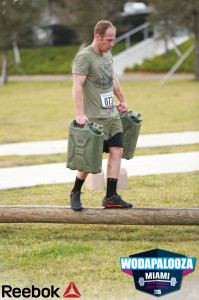 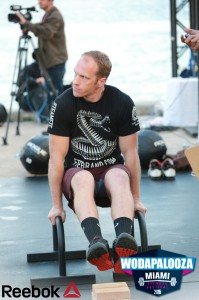 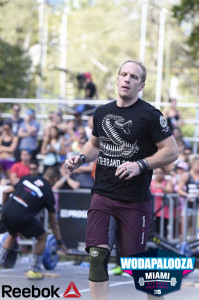 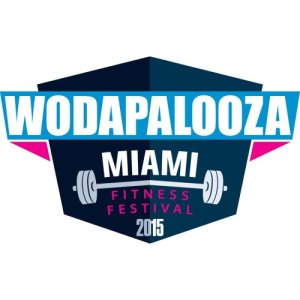 #TeamFTE is ready to take on the competition this weekend in WODAPALOOZA Miami Fitness Festival. Front Toward Enemy Brand is proud to have three CrossFit Games Regional Qualifiers on our team: Paul Villareal of CrossFit Sovereignty in Jacksonville Beach, FL; Hudson Fricke of Southern Moon CrossFit in Greenville, SC; and Marquan Jones of Tiger Town CrossFit in Clemson, SC.

Wodapalooza Miami was conceptualized in 2011 by two men with a vision to unite the functional fitness community in one of the most spectacular outdoor venues of the world. Guido Trinidad and Steve Suarez, life-long friends of Miami, Florida, set out to change the way fitness was regarded and celebrated.

Co-Founder Guido Trinidad, is a well-known and respected figure in the South Florida fitness community. As veteran competitor in the Sport of Fitness, he qualified and competed as an individual in the 2012 Reebok CrossFit Games. After playing collegiate and semi-professional football, he immersed himself into the group & personal training industry, where he has proudly served for over fifteen years.

Today, alongside his wife, Virginia, Guido owns and operates Peak360 Athletic Performance & CrossFit, where he is the acting head-coach and programmer. Guido’s passion for improving lives and the health of others is evident in the day-to-day operations of his affiliate, his treatment of those that workout within the confines of those walls, and his attention to detail in his handling of Wodapalooza.

As his WZA title of “creative visionary” implies, Trinidad is both, the head of the logistics and the magic. Trinidad is also the mind behind the creative programming; be on the lookout and get excited for some fun and interesting “variation” in 2015. 😉

The other half of the duo is co-creator Steve Suarez, who brings his expertise with large business and relationships to the partnership. Steve’s primary roles are that of Head of Operations and Business Development; this means Steve deals with vendor and sponsorship, brand development, and a lot of the behind-the-scenes duties.

Suarez, a life-long friend of Trinidad, has always been active in a variety of sports. In particular, Steve’s true love is basketball, which he played throughout his high- school career. His next true love, outside of his wife Karla, came to him years later in the form of CrossFit. After Suarez became one of the founding members of Peak360 under Trinidad, he’s never left and has certainly “drank the Kool-Aid.” You can find Suarez working out at Peak360 on the daily, where he hardly misses a day, and is team captain of the Peak360 “Alternates” Squad.

As one of the two lead organizers of WZA, Steve’s infectious and caring personality is evident to all he encounters. Be confident, that with Suarez at the helm, Wodapalooza Miami 2015 is in incredible hands.

WZA is equal parts proud and lucky to have the likes of Mr. Trinidad and Suarez at the helm of this ship. As an athlete, spectator, or volunteer that plans to attend this year’s event, be prepared for the unknown and unknowable: Wodapalooza Miami 2015 is going to take the world by storm. 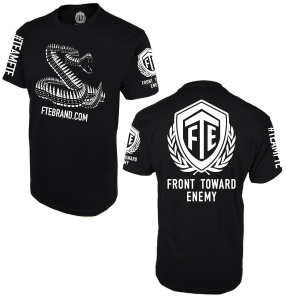 The #TeamFTE Competition shirts are in the final stages of production and should be ready to ship Monday.  We have already gotten our hands on the prototypes for the athletes competing this week at Wodapalooza Miami Fitness Feastival. They look awesome!

FTE Brand is happy to announce Omar Avila of #TeamFTE took first place at the WABDL – World Bench Press and Dead Lift Championships at Bally’s in Las Vegas. Omar set new world records in both the dead lift and bench press. Front Toward Enemy Brand is proud to call wounded warrior Omar Avila a part of #TeamFTE. After being wounded in Iraq and suffering burns over much of his body, Omar didn’t accept his so called disability. Sgt Omar Avila began a new fight; one of recovery and inspiration. 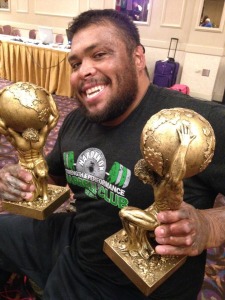 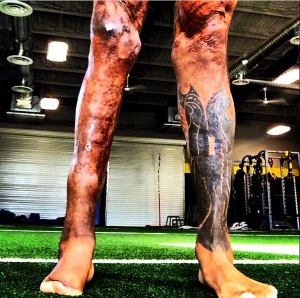 #TeamFTE’s very own Omar Avila is on his last flight to Vegas for the World Association of Benchers and Dead Lifters. Today is check in, weigh in and carb loading! We expected him to be benching around 12:30 and deadlifting around 16:30. You can watch this wounded warrior and inspiration compete by going through the WADBL website.

Front Toward Enemy Brand is proud to be the official apparel sponsor of the Hard Charger Veterans Day Throwdown on November 8th in Jacksonville Beach, FL. 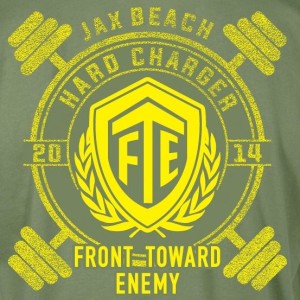 Being a #HARDCHARGER is a lifestyle. You apply it in everything. Nothing done halfway, going out of your way to find extremely hard challenges, pushing yourself to the max, destroying words like average, mediocre and soft. You make the choice to be a #HARDCHARGER. “Veterans day Throwdown!! November 8th, 2014. 3 Divisions: “The Heroes” “The Girls” “Scaled” at CrossFit Sovereignty 504 1st Ave S Jacksonville Beach FL 32250. Registration is now live and only 100 Spots Available. Sign up at http://www.crossfitsovereignty.com/hardcharger/

As always, keep your Front Toward Enemy!

How many of you all are CrossFit athletes? We are the official apparel sponsored of the Hard Charger Veteran’s Day Throwdown in Jacksonville Beach, FL on Nov 8th. #TeamFTE will be there all weekend and we would love to meet some of you. Go over to the page and give it a like and keep your Front Toward Enemy! 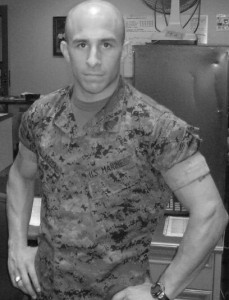 Coach Paul is a 2 Time CrossFit Games Southeast Regional Athlete and Owner of CrossFit Sovereignty. He is a Combat Veteran of the Marine Corps  (2001-2005) serving in Operation Iraqi Freedom and Operation Enduring Freedom.   We cannot be happier to have him on the team. If there’s anyone that represents what it is to be a True Patriot, it is Coach Paul.

Welcome to the Front Toward Enemy Brand family Coach Paul.

Front Toward Enemy Brand is always looking for ways to spread the word about our brand and to get our message in front of the right people.  In order to help accomplish this mission, FTE Brand is proud to announce the formation of Team FTE (#teamfte).  Our team will consist of athletes who believe in our message and always keep their front toward enemy, whether it be in their sport or their daily lives.  Stay tuned for the announcement of our first member.

Always, keep your Front Toward Enemy. 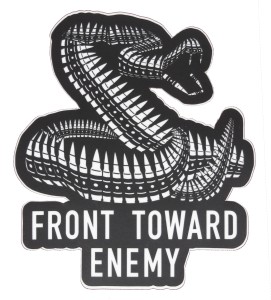