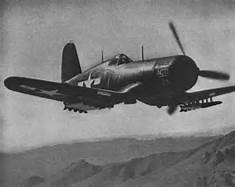 Lieutenant Thomas J. Hudner crash-lands his F4U Corsair in the mountains of North Korea in an unsuccessful attempt to save the life of Ensign Jesse L. Brown, the first African American naval aviator.  President Truman later awards Hudner the Medal of Honor.

Born in Hattiesburg, Mississippi, to an impoverished family, Brown was avidly interested in aircraft from a young age. He graduated as salutatorian of his high school, notwithstanding its racial segregation, and was later awarded a degree from Ohio State University. Brown enlisted in the U.S. Navy in 1946, becoming a midshipman. Brown earned his pilot wings on 21 October 1948 amid a flurry of press coverage; in January 1949 he was assigned to Fighter Squadron 32 aboard the USS Leyte.

At the outset of the Korean War, the Leyte was ordered to the Korean Peninsula, arriving in October 1950. Brown, an ensign, flew 20 combat missions before his F4U Corsair aircraft came under fire and crashed on a remote mountaintop on 4 December 1950 while supporting ground troops at the Battle of Chosin Reservoir. 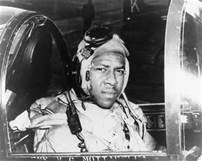 Thomas Jerome Hudner, Jr. is a retired officer of the United States Navy and a former naval aviator. He rose to the rank of captain, and received the Medal of Honor for his actions in trying to save the life of his wingman, Ensign Jesse L. Brown, during theBattle of Chosin Reservoir in the Korean War.

Born in Fall River, Massachusetts, Hudner attended Phillips Academy and the United States Naval Academy. Initially uninterested in aviation, he eventually took up flying and joined Fighter Squadron 32, flying the F4U Corsair at the outbreak of the Korean War. Arriving near Korea in October 1950, he flew support missions from the USS Leyte.

On 4 December 1950, Hudner and Brown were among a group of pilots on patrol near the Chosin Reservoir when Brown’s Corsair was struck by ground fire from Chinese troops and crashed. In an attempt to save Brown from his burning aircraft, Hudner intentionally crash-landed his own aircraft on a snowy mountain in freezing temperatures to help Brown. In spite of these efforts, Brown died of his injuries and Hudner was forced to evacuate, having also been injured in the landing. 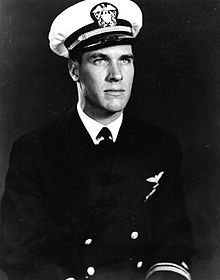